Photographers and video shooters are looking for more and more ways to take their skill to the next level. Camera drones have made it possible to capture stunning images from above. DJI is a company that specialises in producing remote-controlled aerial vehicles, also known as drones. Their drones are known for the ability to even carry external cameras.

DJI Phantom 2 is one of the best-selling and highest rated quadcopters available. One of their advantages is the simplicity. Their drones are pretty much an out of the box and fly product. And that is why I decided to do a small DJI Phantom 2 Review.

The Phantom 2 has GPS to keep track of its location. It can also hover in place when the pilot is not near the controls. Another interesting feature is that you can make the drone avoid flying near airports or other no-fly zones. This is an interesting feature that will keep you from getting into trouble with the law.

The Phantom 2 includes a Wi-Fi range extender which is advertised to have a communication distance of 300 meters. You can also connect the drone to a smartphone app and view real time flight information such as altitude, speed, distance, battery level.

DJI Phantom 2 doesn’t come with a camera. If you wish to buy a drone with an integrated camera then you can take a look at DJI Phantom 2 Vision. However the Phantom 2 does allow attaching a camera. The most popular option is the GoPro camera. A lot of different mounts are available online to attach a camera onto your DJI Phantom 2. This of course does not mean you can’t use other cameras! Choose the camera best for you and find a mount!

Setting Up The Drone

DJI drones are pretty much an out of the box and fly product. However before taking off make sure you are running the latest software! Updating the firmware is quite simple. The drone has a micro USB port that you can plug into your computer. On the computer download and launch the Phantom 2 Assistant Software and that will automatically update everything needed.

It is also recommended to calibrate the GPS. You can read more about the configuring here: http://djiphantomreview.com/. 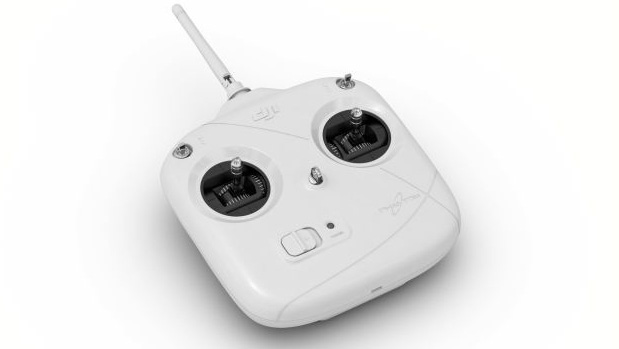 DJI Phantom 2 is really fast and insanely easy to control. What makes it even easier to fly is the stability. The controller is excellent quality and allows precise and comfortable control over the drone.

The thing I did notice was that at times Phantom 2 can lose the GPS signal quire easily when flying under a bridge or something covering the drone. The smartphone app however notifies us immediately if that happens thankfully.

The battery is quite good as well. A single charge provided a 25-minute flight time. There are also ways to increase the flight time by adding smart batteries.

Another interesting thing about DJI Phantom 2 is that it can also fly in extreme cold and snow! For example at -20 C the drone flew without any problems while my iPhone was starting to shut off!

DJI Phantom 2 isn’t a cheap drone ($449) but if you are serious, it is definitely worth the money. There is a reason it is one of the most popular and talked about drones. It definitely lives up to the expectations.

What sets it apart from the competitors is how versatile and simple it is. Just open the box and fly in snow or go to the beach and shoot amazing videos of surfers.

The only annoying thing this drone brings is attention from other people! When I flew this in crowded places it got constant attention from people. Some would just stop and look at it all amazed.

DJI Phantom 2 is a drone I’d recommend if you are 100% serious about aerial photography.