Bored of flying with quadcopters? If so, then check out the Hubsan H301F SpyHawk Review. The SpyHawk is the closest thing to a military spy drone. What makes it exiting is the FPV flying mode and the fact it’s designed to fly like a plane.

It’s basically a miniature version of an aeroplane. It comes in a simple package and doesn’t require much work. It takes up to 20 minutes to put the plane together, charge the battery and you are done!

One of the best features is the on board 5.8Ghz Video Module. It lets the plane transmit real time video feed back onto the transmitter.

Another thing the plane has is a built in 3-Axis Gyro. It helps you to stabilize the plane. That provides better video quality and a lot less shaking.

SpyHawk itself is really light. The downside is that the plane isn’t made out of an exactly strong material: EPO Crashproof Material. In a way it’s a stronger version of a foam. That means it’s not the most durable plane in case of a crash. The Hubsan H301F Spyhawk costs $234. 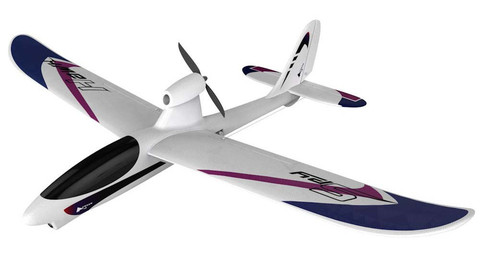 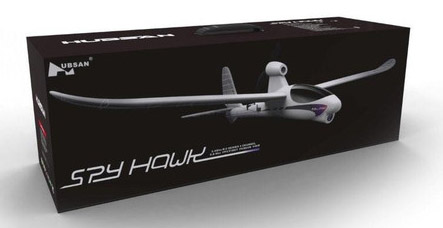 The first thing you’ll notice, when opening the package, is the SpyHawk transmitter. This unique transmitter has a 3.5 inch colour monitor. And to the best part, this monitor receives a Real-time video feed from the aeroplane camera. It feels like you are sitting in a plane cockpit and flying with a controller. The camera transmits real time video onto the FPV transmitter and you’ll see exactly what the plane sees. Another cool thing is that you can also record everything you see. 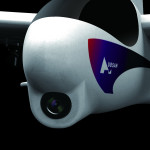 The Hubsan H301F SpyHawk has a 5MP camera at the nose of the plane. The on board camera can record onto a micro SD card. About the video quality, it’s as good as you can expect from a 5MP camera. The positive thing is that it’s quite clear and you can see everything clearly. Downside is obviously the quality but you can’t expect that much from an on board camera. If your goal is to make high quality videos then stick to quadcopters with an attachable camera.

You can see an example of the quality below, starting from 1:40

The plane comes with a decent 7.4V 450 mAh Li-Po battery. When flying with the Real Time Video Feed you can expect up to 20 minutes of flight time. If you also decide to turn on the recording then the flight time can be around 10 minutes.

Flying the drone is extremely simple. The difference between it and a quadcopter is definitely the liftoff. Instead of letting it start from the ground, you have to throw the plane for it to start flying. For a more precise guide watch the video below:

The Hubsan H301F SpyHawk is definitely an amazing aeroplane. If your goal is just to enjoy flying, have the possibility for some FPV action and quadcopters have bored you, then the SpyHawk is the plane for you. The positive thing is the price tag. For $234 you get more than enough.

But as I mentioned before, if your goal is to focus on making videos then I would recommend going with a quadcopter.