Want a Drone to take your photography to the next level? We have picked out the best quadcopter out there that can also carry a camera.

Drones are becoming more and more popular. These drones are powerful enough to fulfil all your needs. 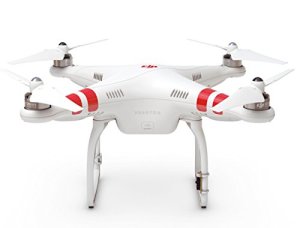 Unlike some drones, Phantom 2 is not exactly a out the box ready to use product. It requires installing the rotor blades and reading the instructions to make sure everything is right. It comes with a simple controller and there’s also a smartphone app to connect the drone to your phone.

This is a drone created specially for GoPro owners. It’s quite expensive (712€, GoPro not included) but also at the same time different from other unmanned aerial vehicles. This is a fully autonomous drone. All you have to choose is the altitude and a suggested flight path. Its battery is limited to 5 minutes for safety reasons, after which it flies back to you. 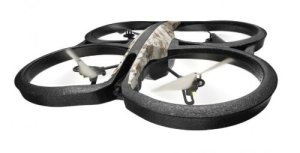 AR.Drone 2.0 is a simple out the box ready to use drone. It’s easily controlled by a smartphone or a tablet (iOS and Android devices).

The drone comes with 2 built-in cameras: a front-facing 720p HD camera and a low resolution down facing camera. You can see everything through the app used to fly the drone.

Another cool feature is the possibility to do flips. They have made it really simple, all you have to do is enable the flips, choose the direction and double tap the screen.

It is possible to mount an external camera to the drone. However that requires modifying it yourself. Also not all cameras are suitable. They need to be light enough for the drone to be able to take off. Adding any weight also lowers the flight time. 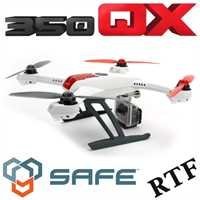 The drone requires barely any assembling. Blade 350 QX is designed to carry a GoPro camera, that’s also why it has a special GoPro camera mounting.

This drone is completely different from the other ones. I decided to add this to show not all drones are for the sky. Amazing videos can also be made on water!

The Ziphius is simple to use and controlled by a smartphone or tablet. It comes with an adjustable built-in camera. Adding an external camera makes it possible to also take underwater videos!

The only downfall is that the drone can not actually dive and stay underwater. But adding an external camera to the bottom can still do the job for underwater videos.